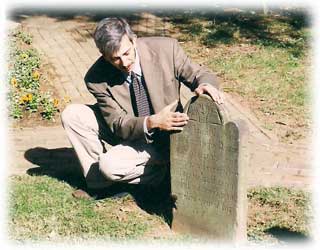 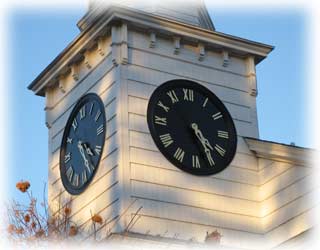 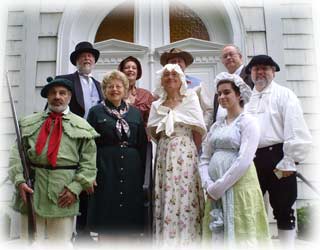 The parish of Christ Church in Shrewsbury New Jersey was founded in 1702. The Reverend George Keith, an Anglican missionary dispatched by the Society for the Propagation of the Gospel (SPG) in London, held services in 1702 in the home of Lewis Morris, later Royal Governor of New Jersey. Morris can be regarded as one of the forces behind the founding of the parish since he had requested that a missionary be sent by the SPG. The parish established more of a presence in 1706 through the acquisition of a small parcel of land at the present-day intersection of Broad Street and Sycamore Avenue in Shrewsbury.

Abraham Russell a master brickmason from New York erected the first parish church building, of brick and lime, on this site in 1732-33. Christ Church was granted its official charter in 1738 by King George II and that document is on display in the church today. In 1739 William Leeds Jr. bequeathed 500 acres to the church to serve as a glebe, or income-producing farm. This property was in Lincroft, formerly known as Leedsville. In 1743 the SPG sent a schoolmaster, Christopher Reynolds, to New Jersey. He opened the first common school in Eastern New Jersey on the church property. Reynolds also led the congregation in the singing of psalms until his death in 1760.

During the Revolution the church was used as barracks by patriot soldiers. Since the church was a symbol of the British Crown, these soldiers shot at the pulpit and at the orb and crown on the steeple atop the church building. The church retains the damaged orb and a wood-embedded musketball. After 15 years a new homegrown cleric, Rev. Henry Waddell, became rector. Christ Church has had an uninterrupted clerical leadership to this day. The church remains an active Episcopal parish with worship services in the 234 year-old church each week.

The Triptychs at Christ Church

So you may now ask: How did we come into possession of these objets d&#146art?